a review by Tom Girard

On paper my second experience of live comedy at St James in recent months looked rather similar to my first (Marcus Brigstocke and Rob Rouse) with two stand up performers, one big name and one lesser known to warm up the audience, within these confines though this show from Phill Jupitus and Marion Davis couldn’t have been much more different.

After a quick introduction from Juptius, Davis took to the stage and it was clear from the off that his youthful, London, style and voice was not what a lot in attendance were expecting. I have to say I’d not heard of Davis before so didn’t know what to expect either but once I settled into his style of storytelling I loved it.

Starting out with tales of his home and family, based around a nice self deprecating streak focussing on his appearance and extremely recognisable voice, he set the scene very nicely for what was to come. 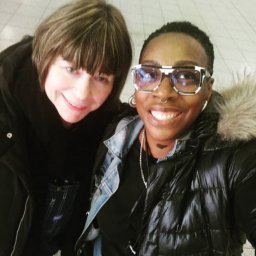 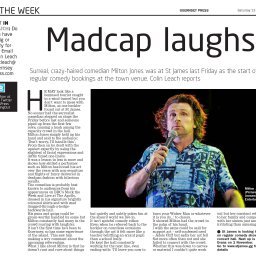